A breakfast classic of tender, buttermilk tangy waffles made sweeter with the addition of fresh blueberries. These Blueberry Waffles are sure to be a hit any morning (or night) of the week!  If you love all things waffles, try my Chicken and Waffles and perfect Buttermilk Waffles. 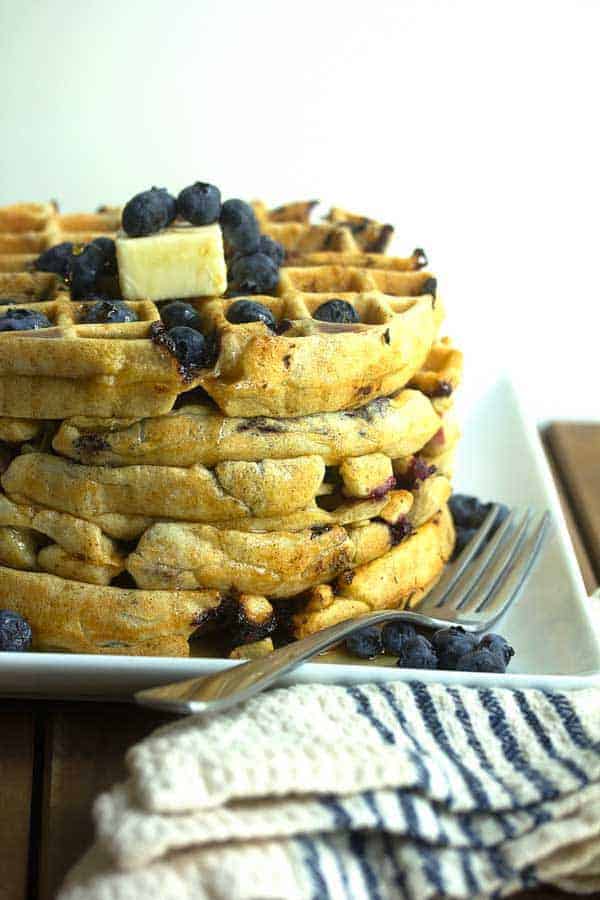 Okay, this may seem like just another blueberry waffle recipe but, this is a big deal. As a child, I was quite the picky eater. I ate typically dressed up foods plain because condiments were the enemy (they still are). I loved pancakes and waffles but hated added berries or bananas in the batter. There was something about the foreign texture and the “never know when it’s coming” pop of juice that I hated.

As I got older, I experimented a bit more here and there. Somewhere along the way I finally embraced having just a few blueberries in my pancakes. But, trust me when I say that took a lot of time and prayer. Seeing gorgeous blueberries at my farmer’s market this week gave me the courage to pick some up and try them in my waffles which was new for me. In fact, even saying I made blueberry waffles is crazy!

What Are Blueberry Waffles?

Waffles are shining stars on their own: fluffy, light and studded with pockets for sticky syrup. I’d typically load up my waffle with a few dollops of whipped cream and a whole lot of maple goodness. But, today I’m sprinkling the juicy little gems that I brought home from the farmer’s market.

Blueberries add a delicious touch to these waffles; they’re tangy, sweet and slightly acidic. With each bite a burst of flavor coats the tongue and leaves it delightfully blue. I can guarantee that I will be busting out this recipe for breakfast time and time again.

I could definitely get used to this whole fruit in pancakes and waffles thing, especially if they end up tasting like this! 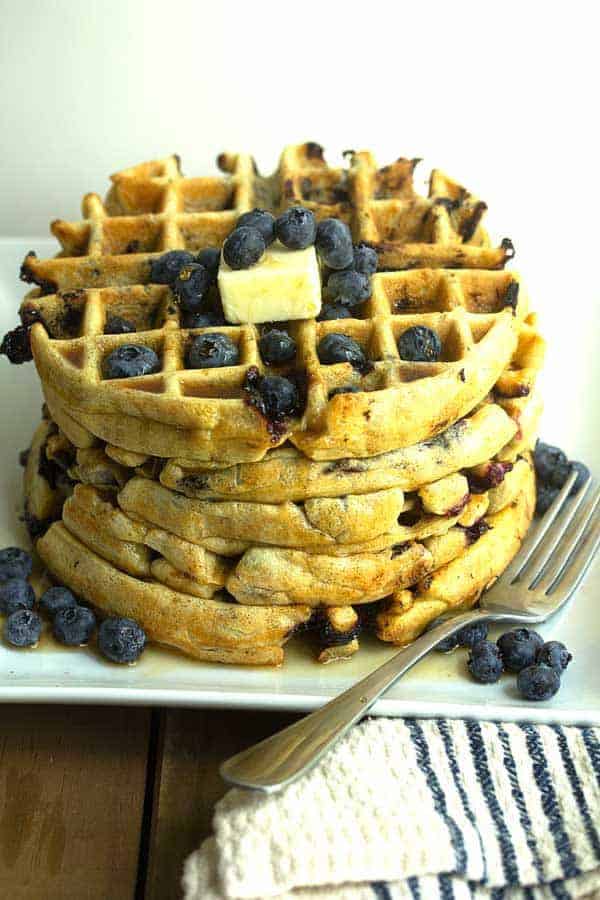 HOW TO MAKE BLUEBERRY WAFFLES

Waffles should never be over-complicated. In fact, they should be simple and capable of being made while half-asleep in my robe. I need a recipe that uses easy, pantry-staple ingredients that never fail. And that folks, is where this recipe comes in!

The acidic milk adds a lightness and tenderness to baked (and waffle ironed) goods. There is also a slight tang that compliments the blueberries quite nicely.

I’m all about a balance between sweet and salty. Using salted butter balances out the sugars in this recipe and adds creaminess. Win win!

Vanilla bean paste is a rich, thick paste that contains a blend of vanilla extract and vanilla pod seeds. I find that not only is the taste is richer but the flecks of seeds are visually stunning. 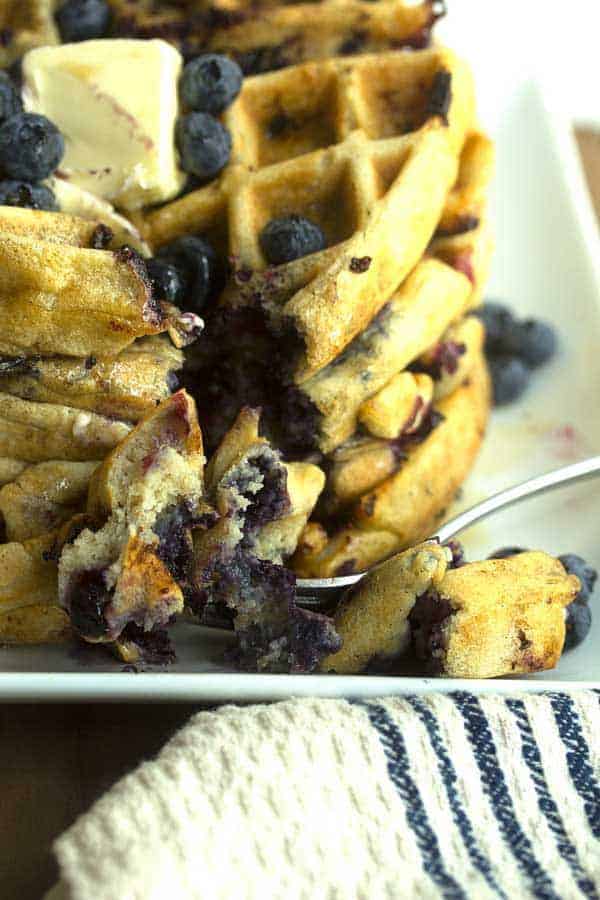 Want to spice up this week’s breakfast routine? First, make a batch of these Blueberry Waffles then venture out into a few of these recipes! You’re in for the best week ever. 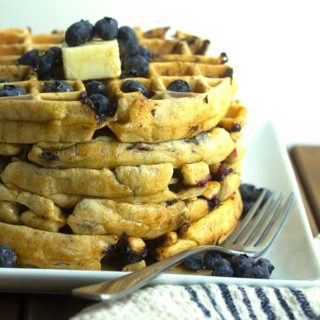 A breakfast classic of tender, buttermilk tangy waffles made sweeter with the addition of fresh blueberries. These Blueberry Waffles are sure to be a hit any morning (or night) of the week!
No ratings yet
Print Pin Rate
Course: Breakfast
Cuisine: American
Prep Time: 5 minutes
Cook Time: 10 minutes
Total Time: 15 minutes
Servings: 5 waffles
Calories: 443kcal
Author: Jocelyn Delk Adams

Feel free to replace the blueberries with other berries you would love like raspberries and strawberries too!