Pumpkin Cinnamon Roll Cupcakes – delicious and addictive cinnamon rolls combined with the fall flavor of pumpkin all packaged together in the form of a cupcake. What’s not to love? 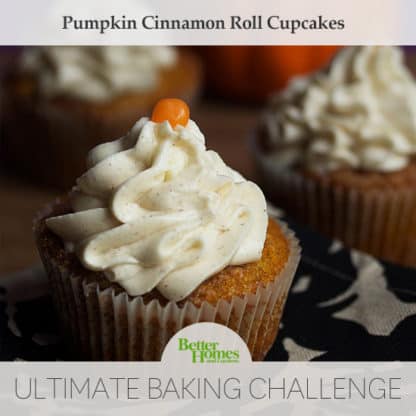 Starting today, these Pumpkin Cinnamon Roll Cupcakes will be competing in the Better Homes and Gardens Ultimate Holiday Baking Challenge.  If you have a few minutes head over to the voting page HERE and cast a vote for these lovely treats starting at 9 am CST!

I am in the Cinnamon Category going up against my pal Always Order Dessert, and let me say that I seriously don’t care who wins or loses because I plan on making all the desserts in this contest because they all look delicious!! 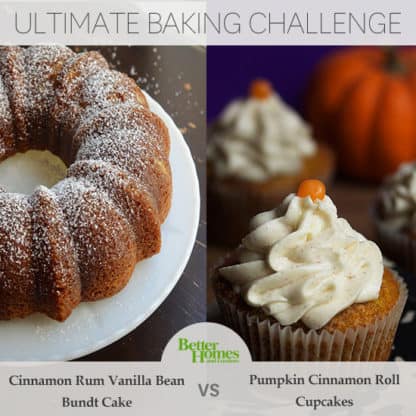 My idea came from the Pumpkin Cupcakes on BHG’s site.  It looked perfectly spiced and delicious.  However, I wanted to add a fun cinnamon twist and decided to swirl some cinnamon through the cupcakes to mimic a cinnamon roll.  Not only were these fun to look at, they were delicious to devour. 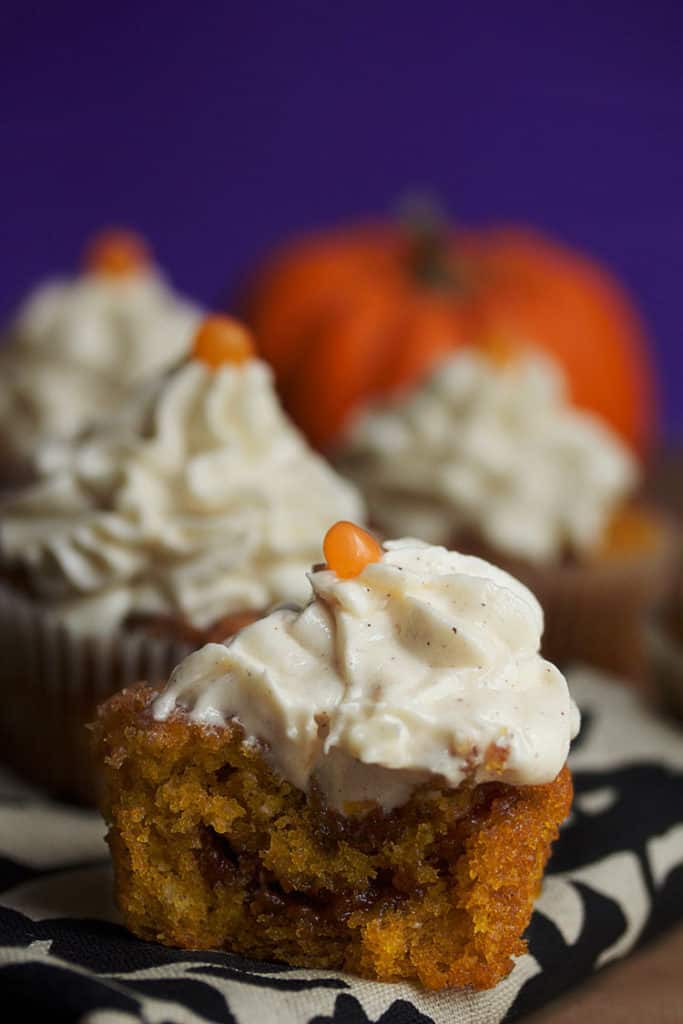 With each bite you get a little of that cinnamon punch swiveled through the batter, and it is darn good.  I topped those darlings with a cinnamon packed cream cheese buttercream, and these cupcakes sang a brand new song.  They are so delicious, and you simply must try them! 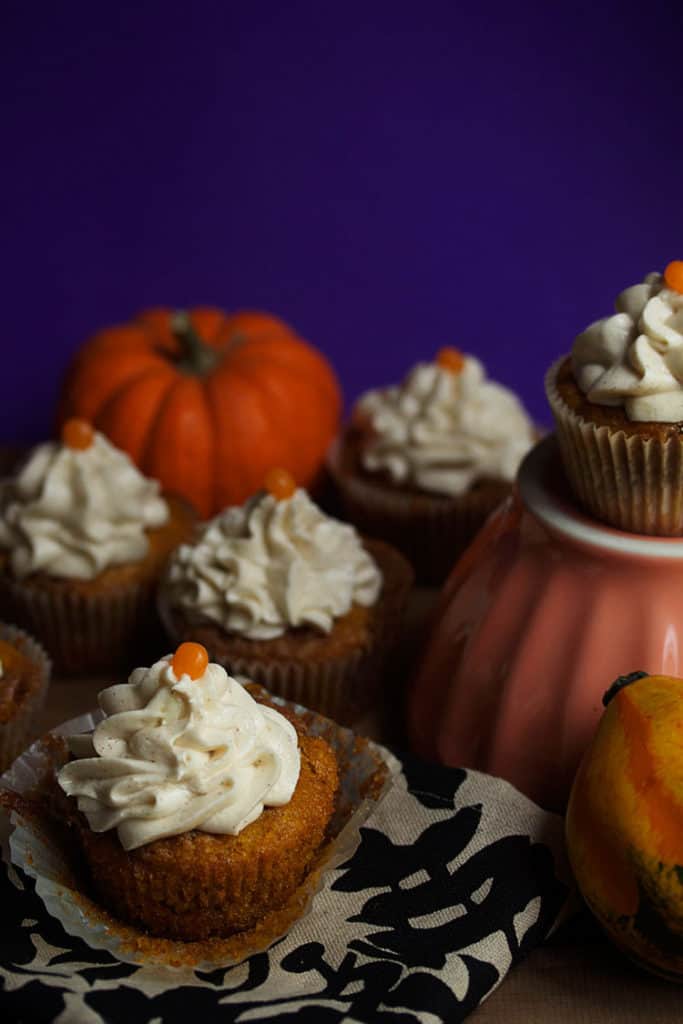 So don’t forget to vote if you want or better yet, check out the recipe below and make these treats I have been bragging about this entire post! 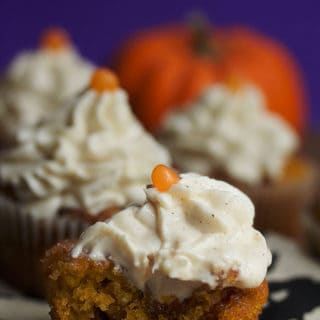 For the Cream Cheese Buttercream: 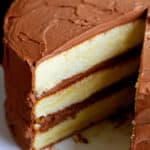