Shrimp Nacho Potato Skins – potato skins and nachos are combined with succulent shrimp to create a fusion of the best game day food ever! 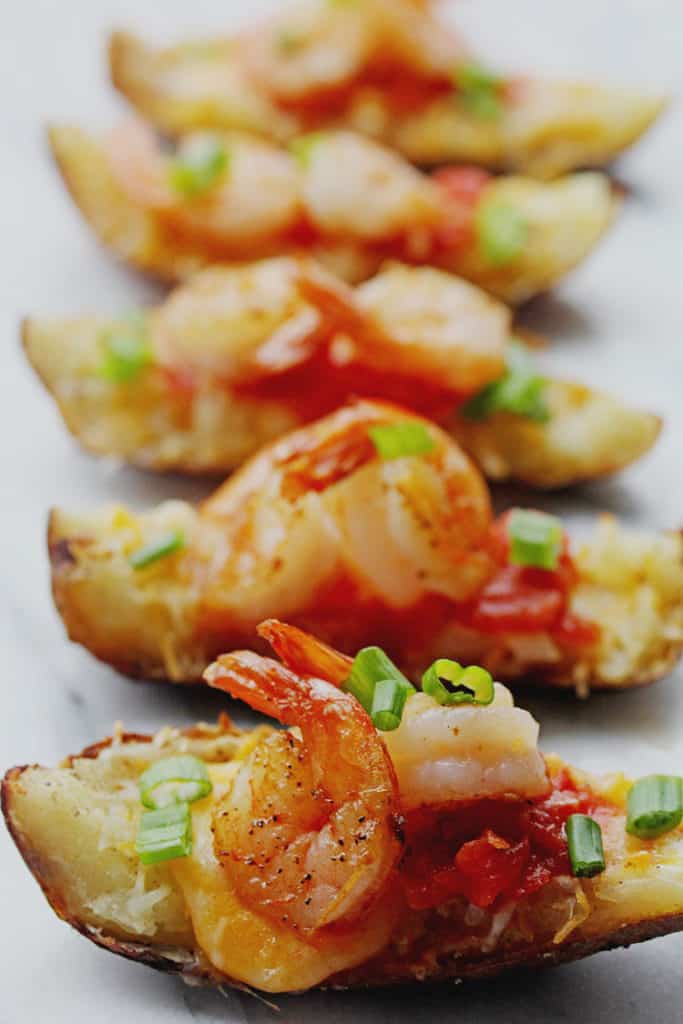 I’m sharing these Shrimp Nacho Potato Skins.  These are perfect for the Super Bowl or any game day or special event as an appetizer.

Watching football really isn’t my cup of tea, but I am good at eating football treats, like these. Potato Skins are the perfect game day dish to have on site at your party this weekend.  These Shrimp Nacho Potato Skins are the ultimate potato skin ever made!   They are amazing and so simple to create.  I like to think of them as comfort food served in a potato boat.  You might eat a few too many but heck, it’s the Super Bowl so enjoy yourself and leave the guilt for the next day.

INSPIRATION FOR THIS RECIPE

I got the idea for this recipe from an order of shrimp nachos I recently had at a restaurant.  I was totally blown away. It is probably because I adore shrimp on any and everything so nachos seemed like a natural fit in my book. 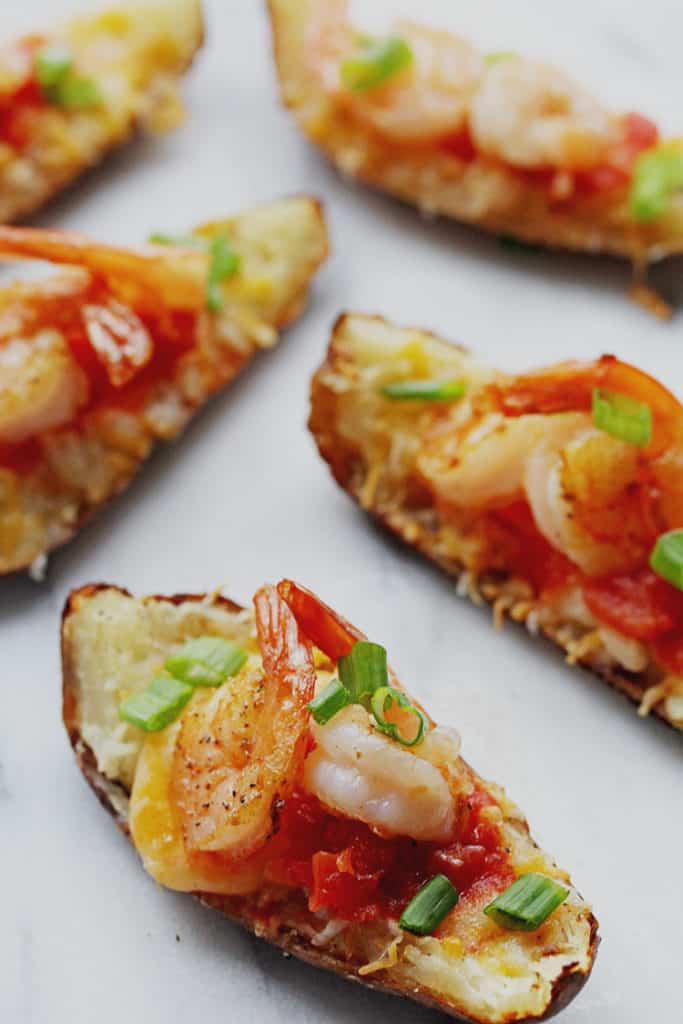 I happen to think these are revolutionary with the wonderful nacho toppings and perfectly sauteed shrimp on crisp cheesy potato skins.  Doesn’t that sound incredible? 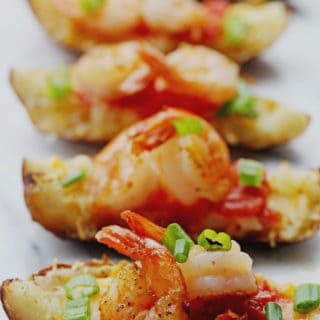