I’m Jocelyn Delk Adams. Welcome to Grandbaby Cakes, a brand inspired by my grandmother which shares classic recipes in a modern and accessible way. I hope to inspire a new generation of bakers and cooking enthusiasts to learn kitchen skills and not feel guilty about enjoying dessert. At an early age, I loved visiting Mississippi to watch my grandmother, or “big mama” Maggie as my family affectionately calls her, bake. Big mama bakes cakes that literally have her neighbors lined up around the block waiting for a taste. She not only invents (yes, she developed all of her own recipes) the most delicious melt-in-your-mouth desserts I’ve ever tasted, but she also infuses them with so much love. 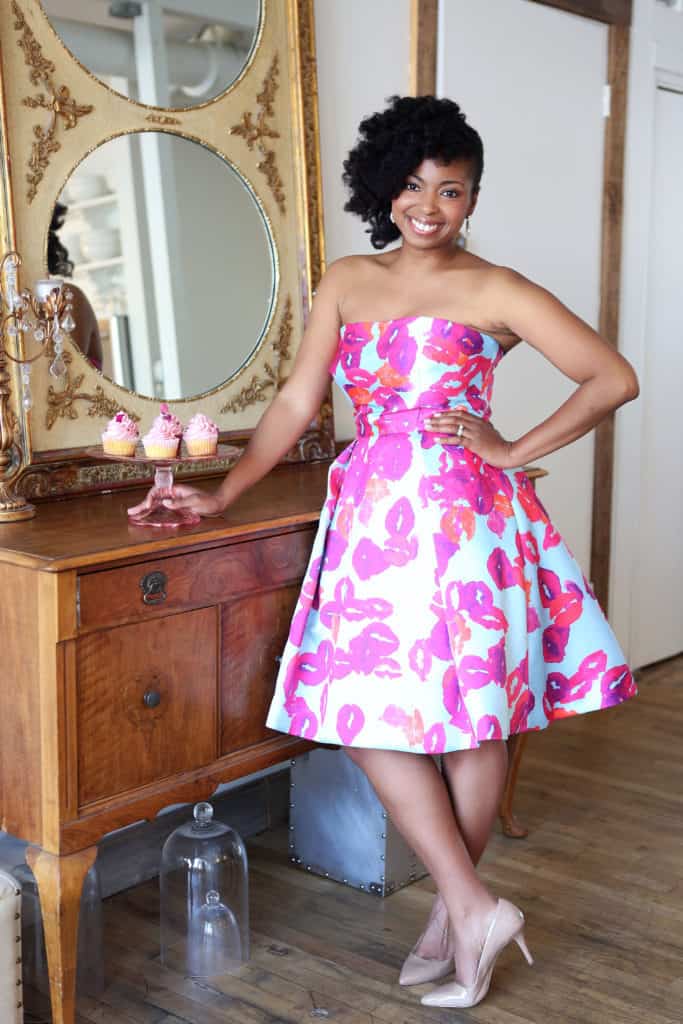 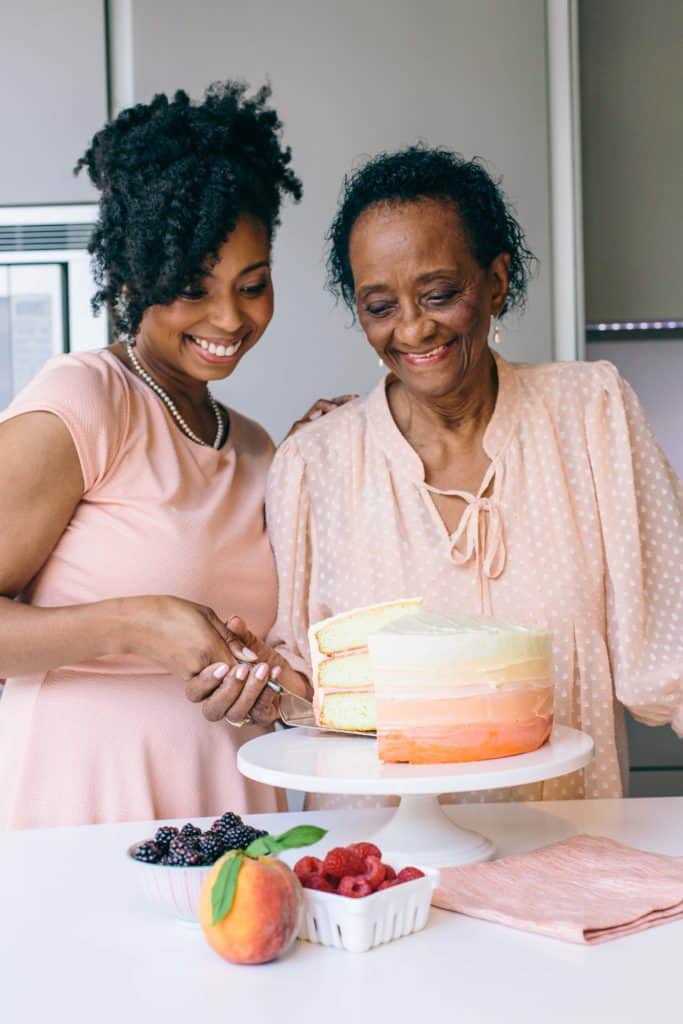 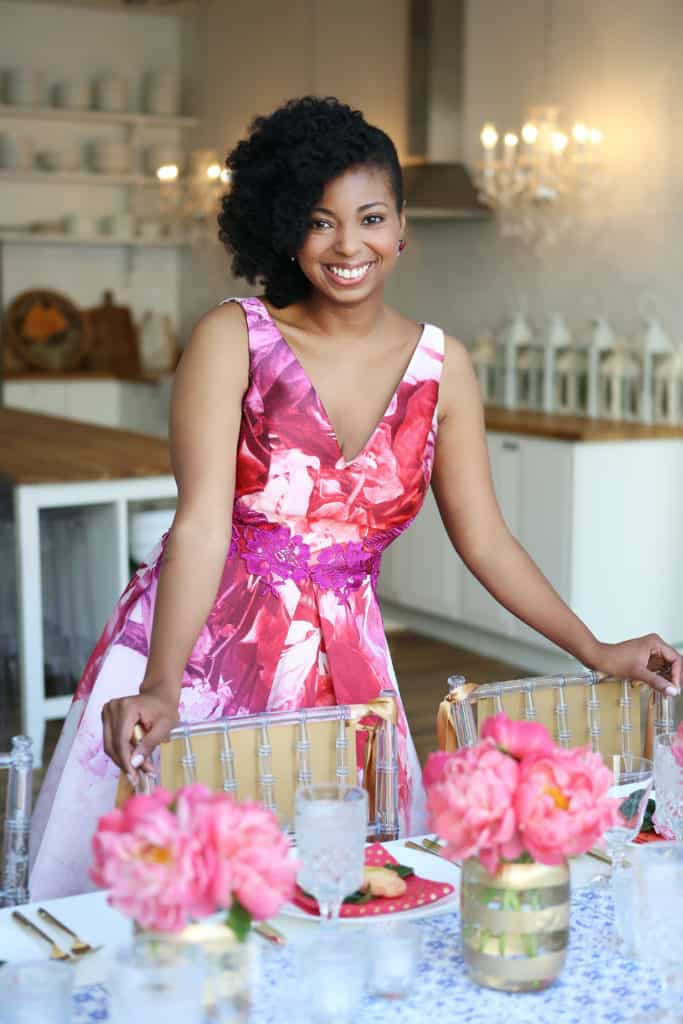 I didn’t realize I had the “baking” gene as my family calls it until my 20s. Now that I am in my 30s, I can’t stop baking! I achieve my ideal state of zen in my condo’s cozy kitchen, whipping up delicious treats for family and friends as they lounge nearby to taste-test. Follow along for some decadent desserts and sensational savory recipes and watch as I remix traditional recipes with my fun “grandbaby” twist. 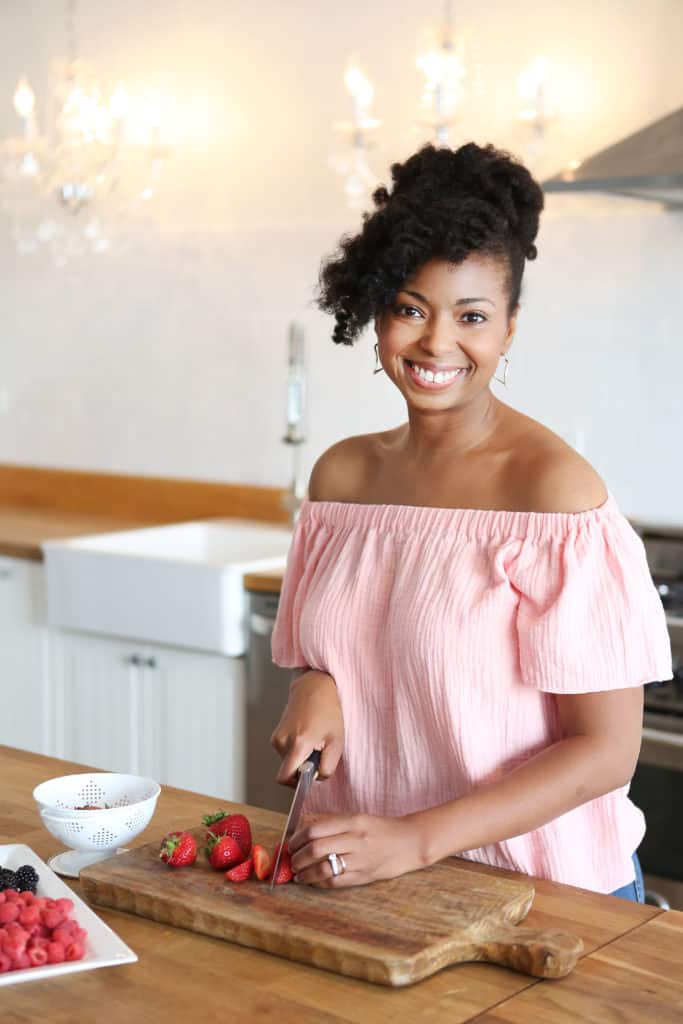 Jocelyn Delk Adams is the founder, author, national television personality and brand ambassador behind the award winning cookbook Grandbaby Cakes and the food website Grandbaby-Cakes.com, which gives her family’s, particularly her grandmother’s, cherished generational recipes her modern spin while preserving the most important ingredient- tradition. Jocelyn is a TODAY Show Tastemaker, a Food Network judge on the popular series “Santa’s Baking Blizzard” and “Beat Bobby Flay”, and cast member of such shows as “Food Fantasies on OWN Network and the Cooking Channel’s longest running most popular shows, “Unique Sweets”. In addition to being a regular on the TODAY Show and Good Morning America, she is regularly featured on The Rachael Ray Show, Food Network’s “The Kitchen”, Dr. Oz, The Cooking Channel, People Magazine, ABC World News Now, Hallmark Channel, Better Homes and Gardens Magazine, O (The Oprah) Magazine, The Thanksgiving Day Parade on CBS, Essence Magazine, Huffington Post, Bon Appetit, Southern Living Magazine, and many others. 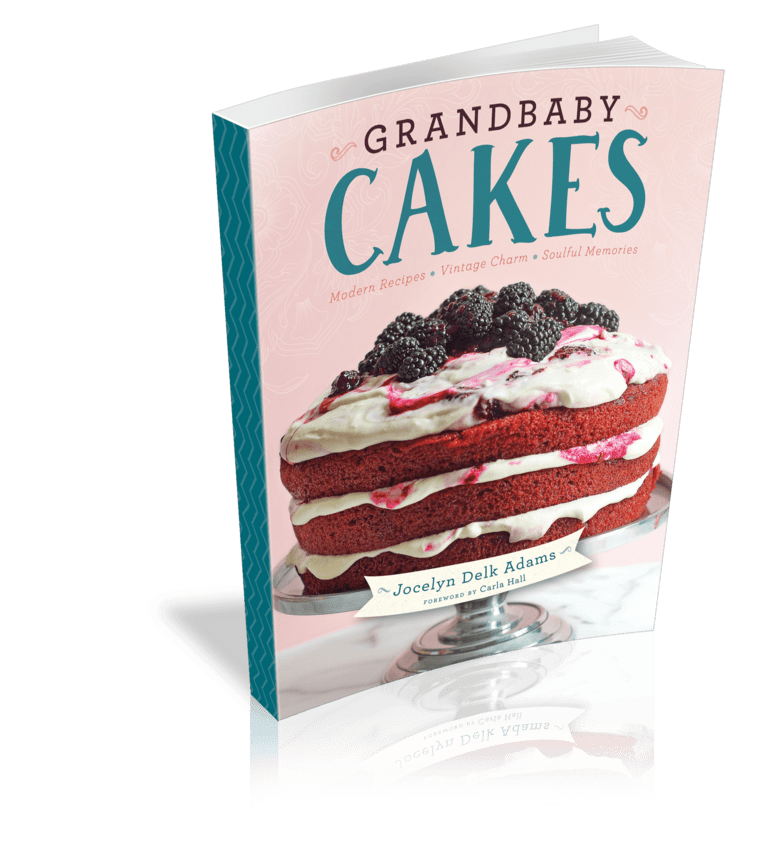 She also recently gave a TED Talk in 2017 about Brand Authenticity and has been a top brand ambassador and writer for several top brands such as Coca-Cola, Land O’ Lakes, Audi, Dole, James Beard Foundation, Pillsbury, State Farm, HomeGoods, McCormick and many more.

Jocelyn’s first cookbook Grandbaby Cakes was released in September 2015 and was featured as a top fall cookbook by People Magazine, Vanity Fair, Yahoo! and Epicurious. It also won the Gourmand World Award 2016 for Best Blogger Cookbook USA and was nominated for an NAACP Image Award 2016- Outstanding Literary Instructional Work. Jocelyn was also a contributor to 2017 Eater’s Cookbook of the Year Feed the Resistance. Jocelyn hopes Grandbaby Cakes will continue to deliver inspired recipes shaped by the past but reinvented for the present which will encourage new generations of dessert enthusiasts to learn how to bake and create new family memories for years to come.