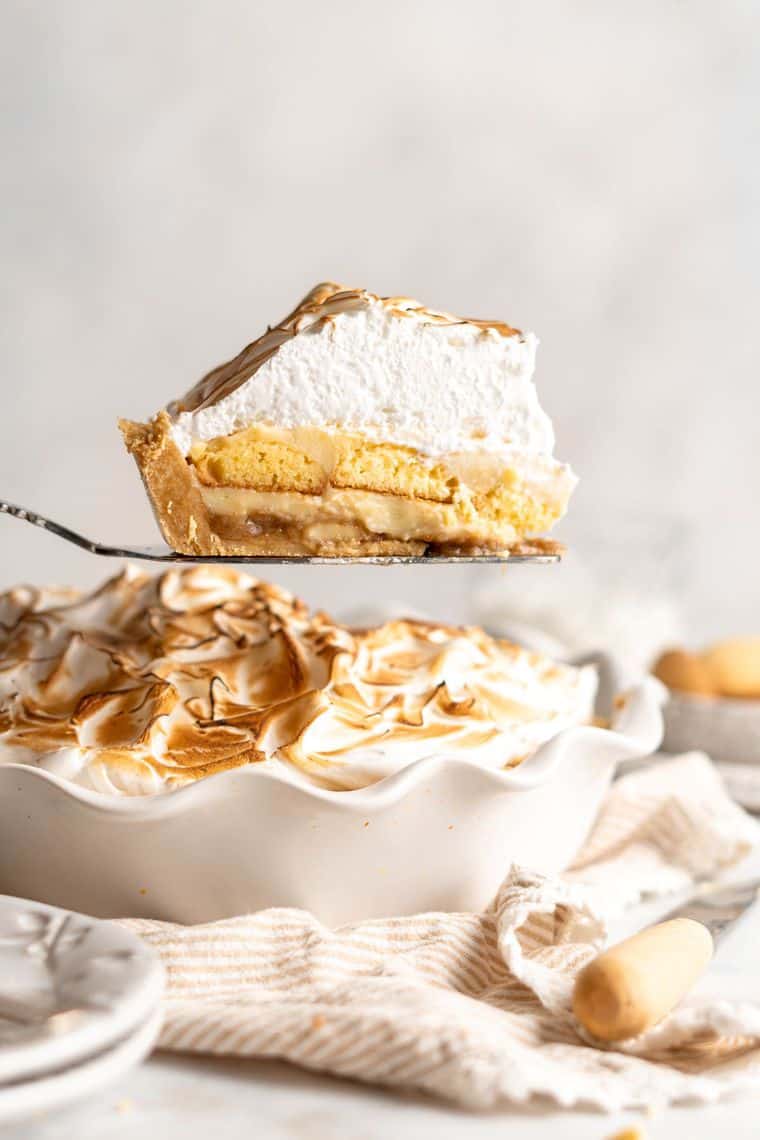 Southern Banana Pudding is an heirloom family recipe and a classic Southern dessert! Usually, I’m not a huge fan of bananas unless they’re baked into bread or sitting on either side of a few scoops of ice cream. But, when it comes to a good ‘ole fashioned banana pudding, I change my tune.

I’ve shared a Homemade Banana Pudding recipe here on GBC before but today we’re remixing things a bit. Why? Because y’all know I just can’t help myself!

Banana Pudding Pie is my take on an iconic Southern treat. A buttery wafer crust is filled with creamy vanilla pudding, caramelized bananas, and fluffy meringue to create the dreamiest bite you’ve ever had! 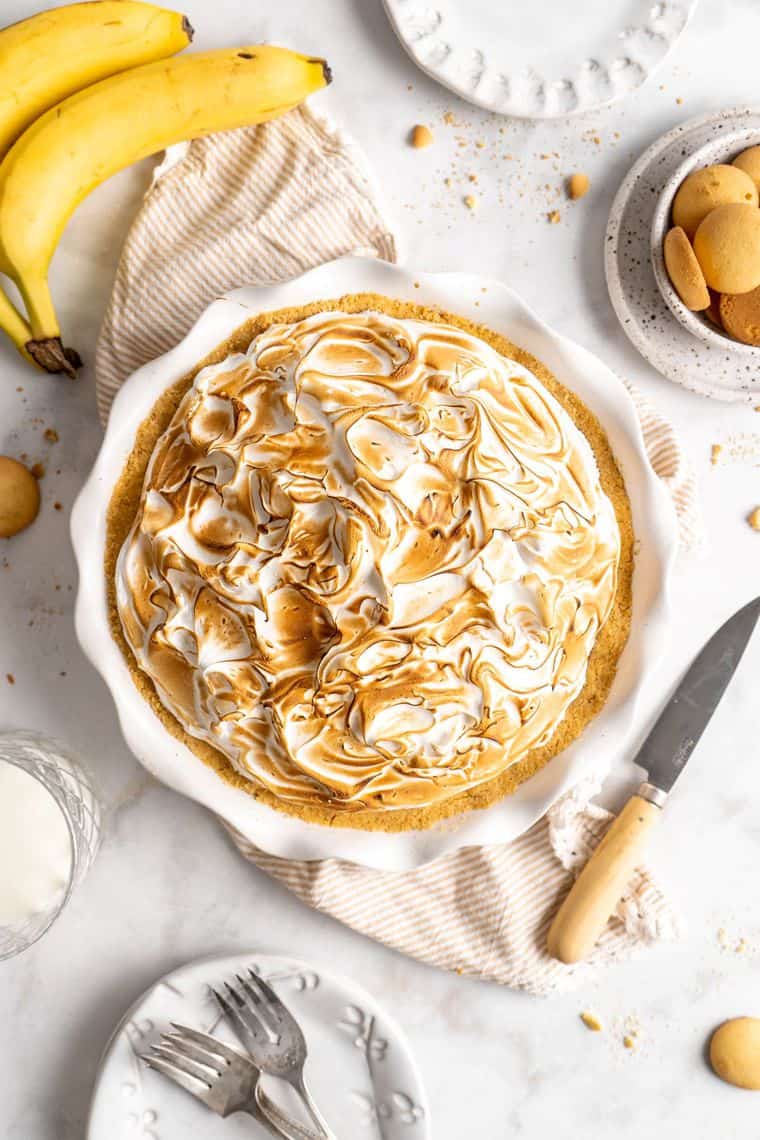 I recently featured a Homemade Banana Pudding recipe on my website that I got from Carla Hall’s book, Soulfood. It reminded me of the first version of any type of banana pudding I ever made, which is this banana pudding pie. I can remember my family making banana pudding a few times when I was growing up, but it was never my favorite. Well, it’s definitely a favorite of my husband’s family. While growing up, banana pudding was a mainstay dessert for any holiday or family get together in the 70’s, 80’s and 90’s. I wanted to put a twist on the clichéd banana pudding recipe and that’s how I came up with this pie.

HOW TO MAKE BANANA PUDDING PIE

If you’ve made homemade pie in the past, then making this pie recipe will be a snap!

Here’s how you’re gonna do it: 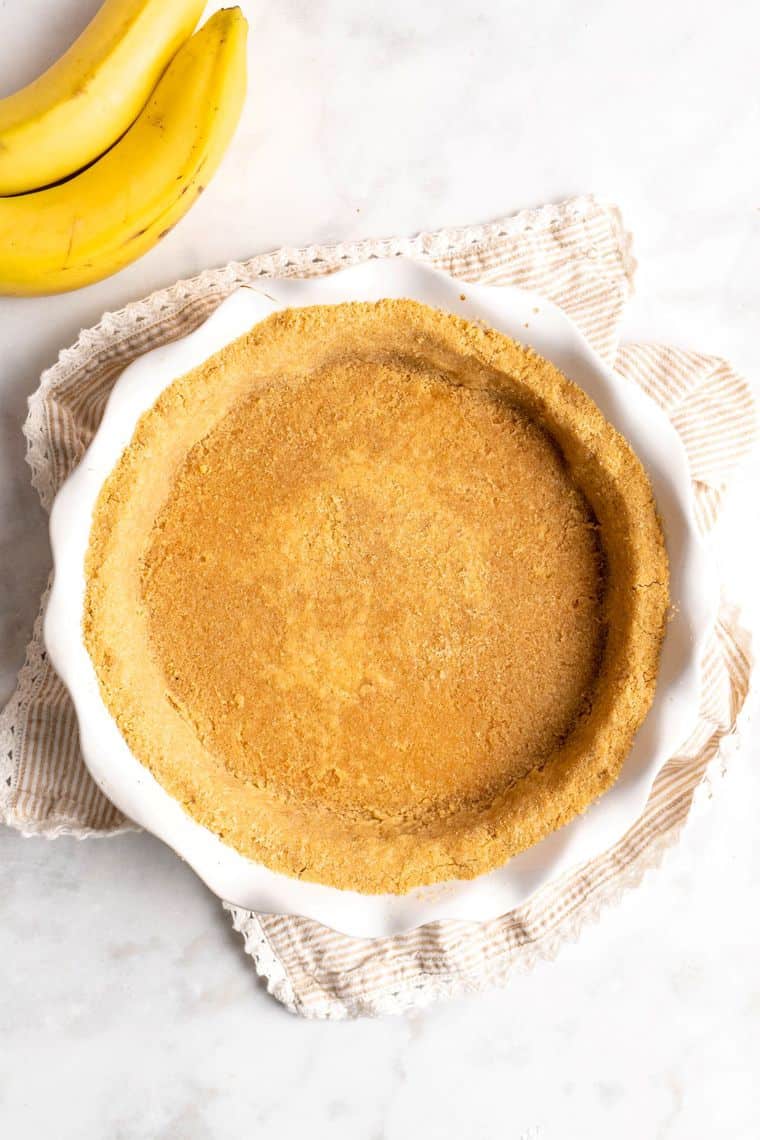 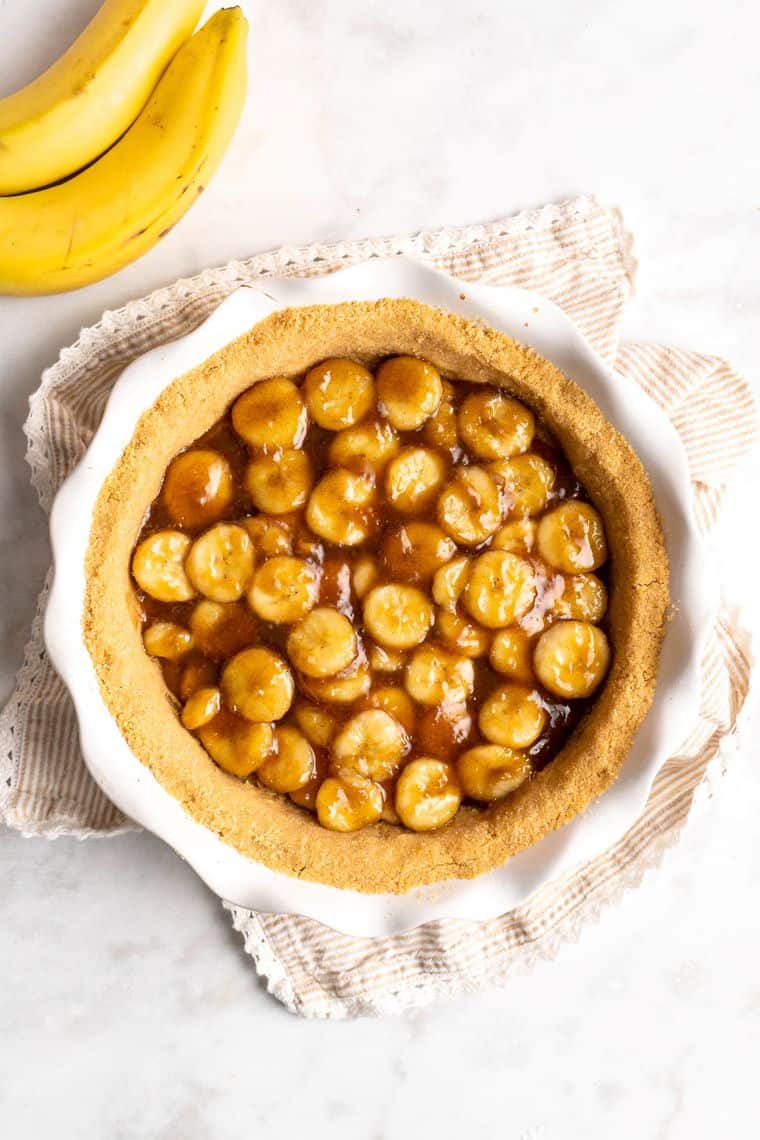 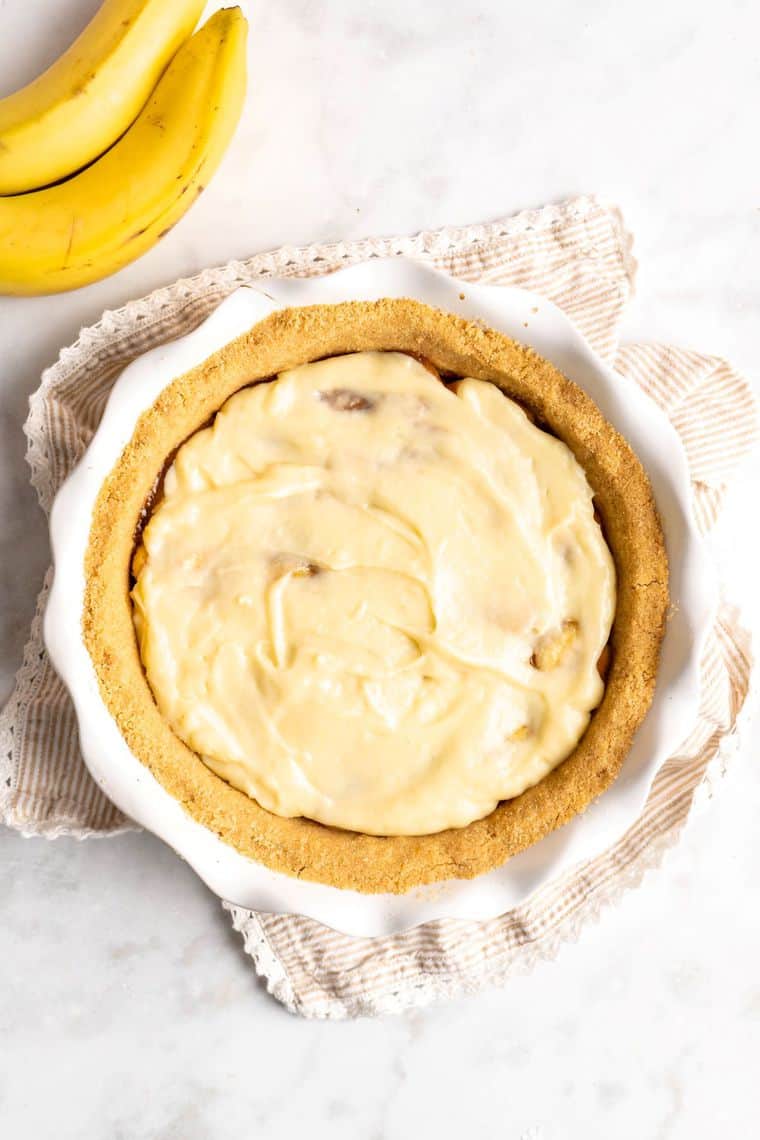 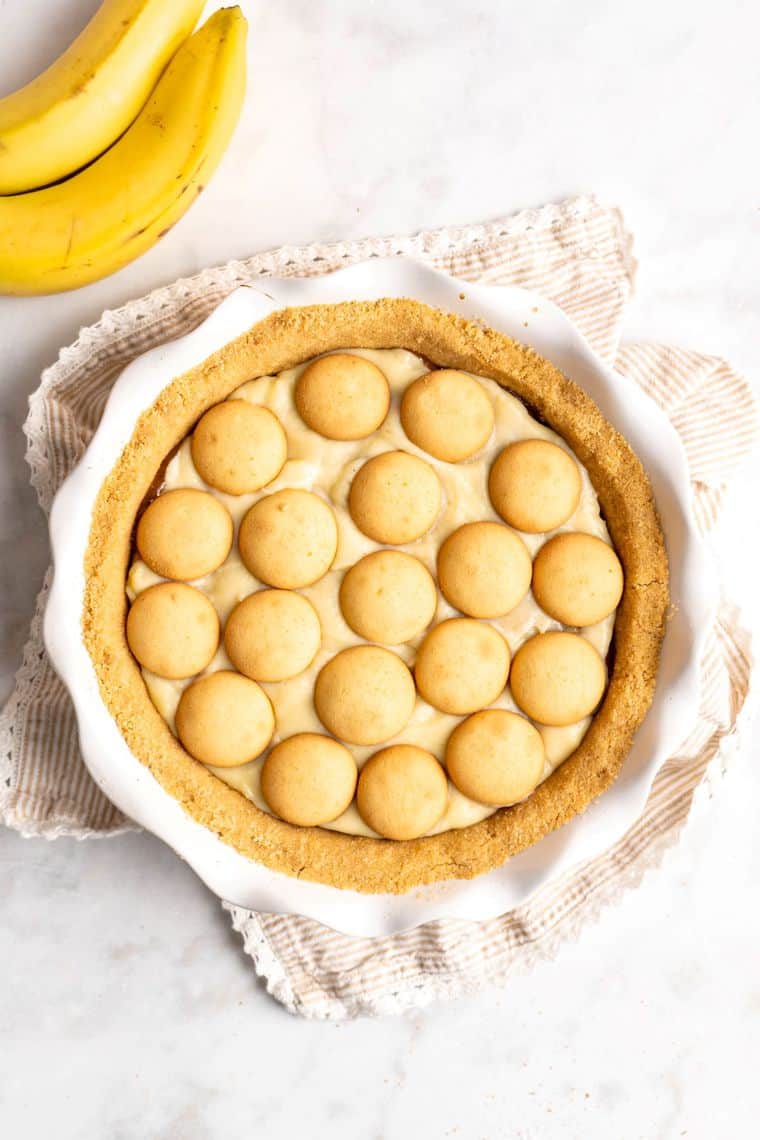 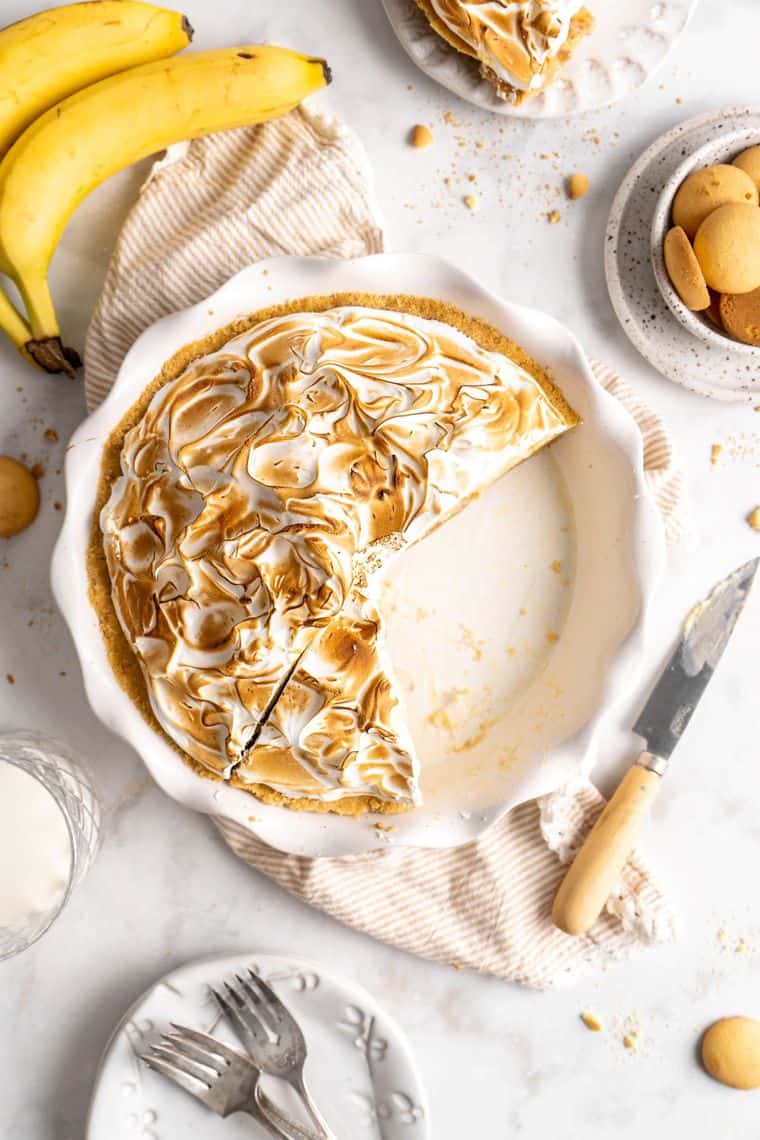 Any leftover Banana Pudding Pie can either be covered with plastic wrap or transferred to an airtight container, then refrigerated for up to 3 days. Note that the longer you keep pudding in the fridge, the more it loses its flavor and texture. I would not recommend attempting to freeze this pie.

There are more ways than one to enjoy some banana pudding! Try out a few more of my FAVORITE recipes to find your go-to: 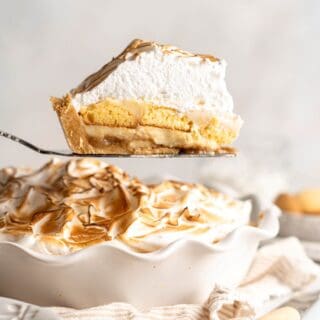