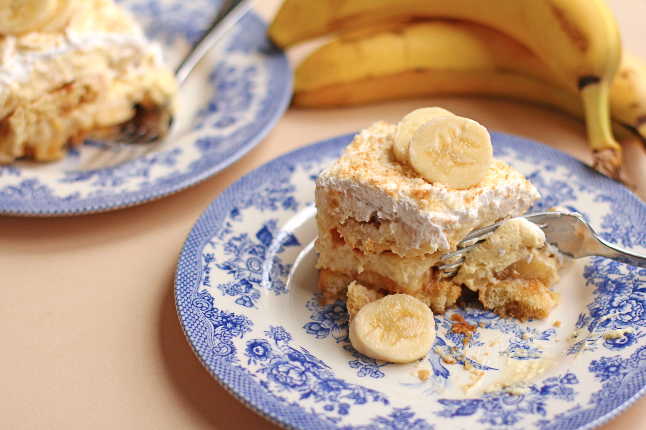 Banana Pudding Tiramisu is a genius idea.  This isn’t just banana flavored tiramisu.  It is Banana Pudding Tiramisu folks.  Banana pudding is a southern classic that has been making its rounds on the dinner tables of my family members for years!  Recently, I tried a version by my Aunt Bev’s (very famous for that caramel that has become a hit recipe on my blog), which was just so delish and so easy.  I begged her for the recipe of course.  It is quite a treat as is but I had this idea that I just couldn’t shake. 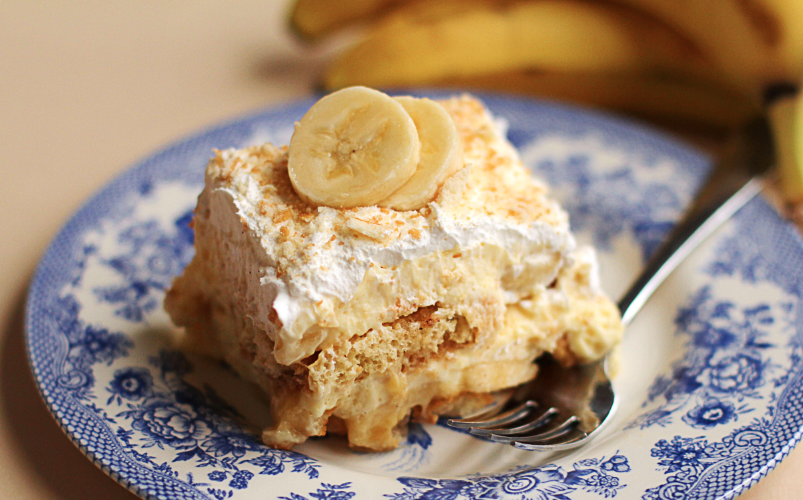 For some reason, tiramisu kept invading my mind for a few reasons: 1) I have never made tiramisu though I love it and never miss an opportunity to order some whenever I visit an Italian restaurant, 2) The silkiness and richness of it seemed perfect to couple with bananas and rum and finally, 3) I wanted to create a version that wasn’t very intimidating and was quite simple to make for those who might be scared of the term “tiramisu”, namely me! 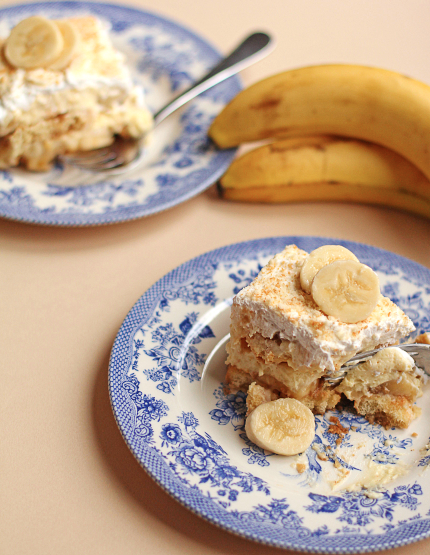 Well let’s just say I was on to something.  Clearly perfection happens when the American South and Italy blend desserts.  I kept the lady fingers that are famous for tiramisu but used cream cheese from Aunt Bev’s banana pudding recipe.  It also helped to make the recipe a bit more accessible if you don’t have mascarpone cheese on hand.  Lastly, I added in some crushed nilla cookies on the top to give that banana pudding flavor.  And there you have the creation of banana pudding tiramisu. 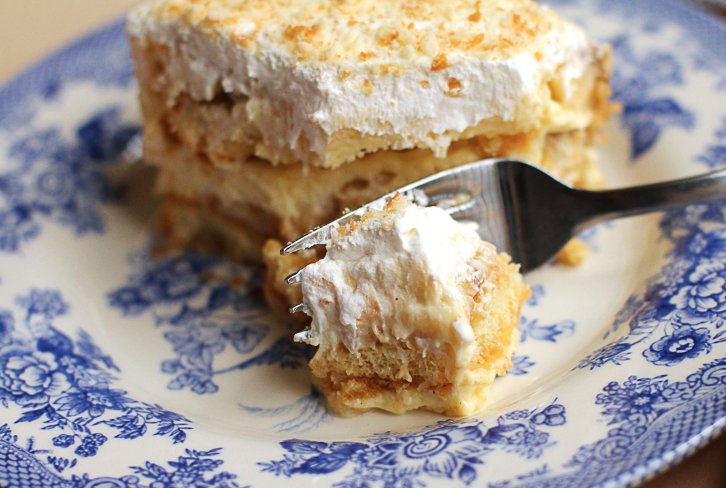 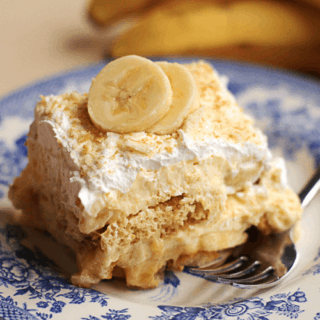