Top
Home » Uncategorized » HUGE ANNOUNCEMENT: We are Expecting A BabyCakes!!!!

I’M EXCITED TO ANNOUNCE THAT THE HUBBY AND I ARE EXPECTING A BABYCAKES THIS WINTER! 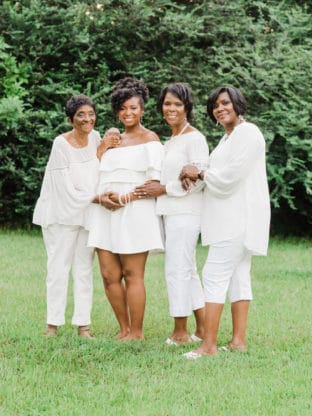 Three generations now become four.  Just like my family recipes, the legacy of raising daughters is being passed down too!  I’m so grateful for the strong women that surround me and will surround my baby girl coming soon!

THANK GOD FOR THIS PREGNANCY

We couldn’t be more thrilled.   My family is elated, and so am I.  This baby is such a miracle and blessing from God after battles with infertility.  I can’t stop thanking HIM!  At age 36, my husband and I definitely waited quite some time to start our family but it wasn’t always our doing.  I’m about to get super real with some TMI but I think there is a ton of shame around infertility, and I want women to feel fine speaking up.  In fact, I thank God for the fact that this has been my experience.  I can use my platform for some good.  This is part 1 of our entire journey.

BEING READY TO BE A PARENT

For the longest time, part of the problem was me.  I will be real.  Mentally, I just didn’t feel ready.  I kept feeling like there was more I needed to do.  I needed to be more stable as an entrepreneur.  I needed to feel more accomplished. I knew that when I stopped to have a baby, I didn’t want to regret a thing. 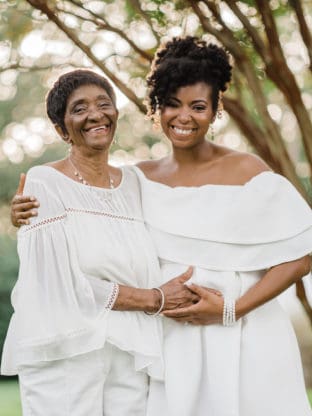 When I turned 35 last year, something magical happened.  I’m not sure if it was a hormonal change or the clock finally started ticking but I wanted a baby.  The craving was real, and I couldn’t deny it.

We tried and tried month after month.  I bought the ovulation kits and all that jazz but I started to feel nervous because I have a history with endometriosis, which started when I was a teenager.  I had the most severe cramps and menstrual cycles that sometimes required me to be hospitalized.  After a laparoscopy surgery in my mid-20s to remove ovarian cysts and continuous birth control pills since that time, I wondered if my eggs were any good.  In fact, I had a doctor test them when I turned 32.  The results at the time stated that my egg quantity and quality were that of a woman in her 40s.  Talk about a downer.  But I refused to believe that.  I knew I was going to be a mom one day.

When we didn’t get pregnant by the end of last year, I started looking up fertility doctors since being pregnant was a major goal for me in early 2017.  That’s how I work.  I figure out what I want and then I go get it, even my BabyCakes. We found a clinic in downtown Chicago with a doctor that had amazing credentials.  My doctor, Dr. Cohen, sat with Frederick and I for a consultation back in January and explained the pros and cons of everything.  I felt so comfortable as soon as I met him and knew we were in good hands.    The first thing we would do is start a ton of testing, and I mean a ton.  He was initially alarmed by the test scores I presented him from the previous doctor so testing started with me three days after I received my cycle. 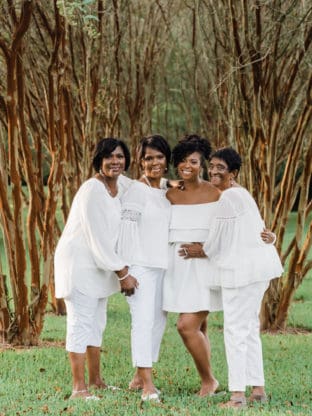 Welp turns out doctors and tests can be wrong y’all.  God is the only one that has the answer.  It turned out that I had a plethora of eggs in there.  They did a few tests such as an amh which for my age group they wanted to be over a 1.00.  Mine turned out to be over a 3.16.  Then they did an ultrasound to count the number of resting follicles I had. The resting follicles helped them determine how many eggs they could possibly stimulate during IUI or IVF.  Well I had a bunch of eggs on each of my ovaries.  Seriously they counted something like 30 total.  It was such a magical moment to experience knowing that the previous assessment was all the way wrong.

Next it was time for Frederick to test and that was where we ran into a few issues.  As I’ve mentioned before on the blog, my husband had a kidney transplant several years ago that didn’t help with his testing if ya know what I mean. His daily medications had a cumulative effect which made the doctor say we need to skip IUI altogether and go straight to IVF.

IVF requires a great deal of patience, testing, blood draws, hormone shots and emotions over the course of several months.  It’s definitely no joke so I plan to share the nitty gritty of it all in the next post!  Stay tuned!