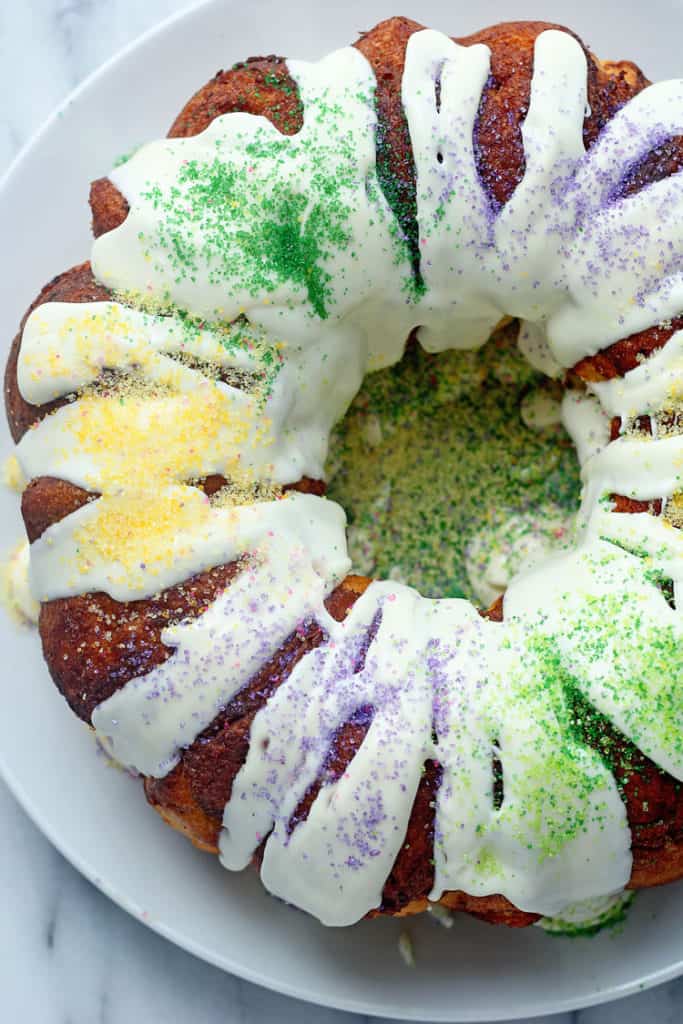 It’s Fat Tuesday y’all! I’m about to share the easiest King Cake recipe ever.  For all of you that don’t know, traditional King Cake is the quintessential Mardi Gras cake. It is usually made with doughy bread that is braided with cinnamon tucked inside. After it is baked, it is topped with icing and sprinkled with purple, green and yellow sanding sugar.  Festive right? 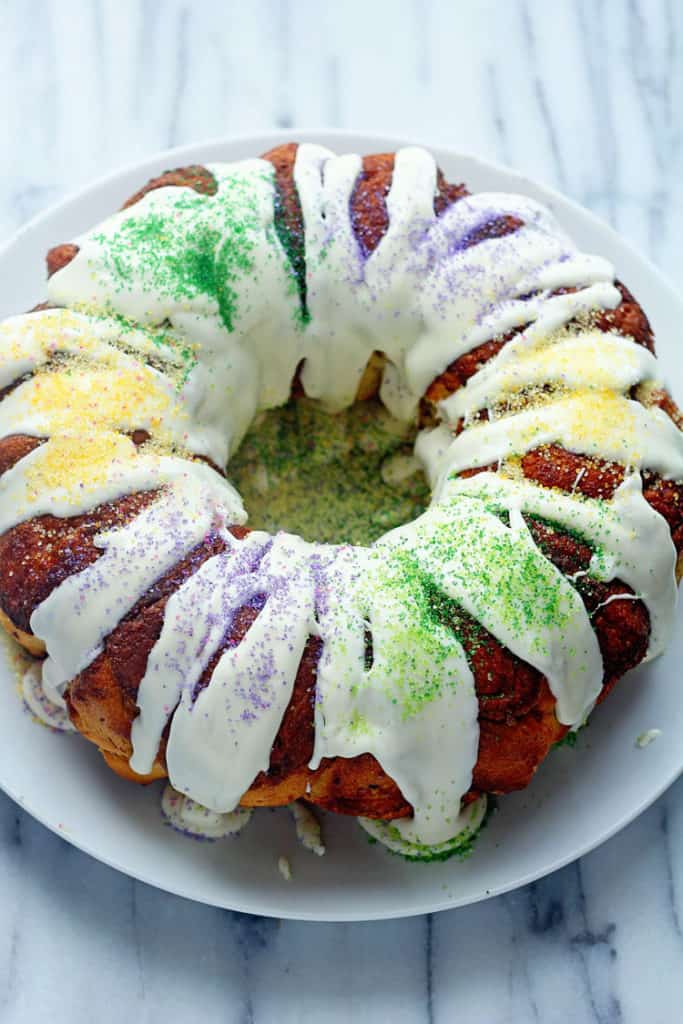 WHAT IS THE STORY BEHIND KING CAKE?

It is believed that the king cake was brought over to New Orleans from France during the Nineteenth Century. During that time and still today, this cake commemorates the Epiphany when Jesus first showed himself to the world and when the Wise Men visited Him in Bethlehem. Years ago, coins, pecans or peas were hidden in each king cake. Currently, a tiny plastic baby is hidden in the cake batter before baking.

I know that most people are super busy and don’t have the time to dole out a homemade cinnamon french bread concoction on a weekday just for Mardi Gras. That’s why I created this easy Mardi Gras King Cake. For those that claim that my scratch recipes are too intimidating, you will lose your mind at how simple this recipe is.

To emphasize how easy my king cake recipe is, check out the number of ingredients required
to make it below. 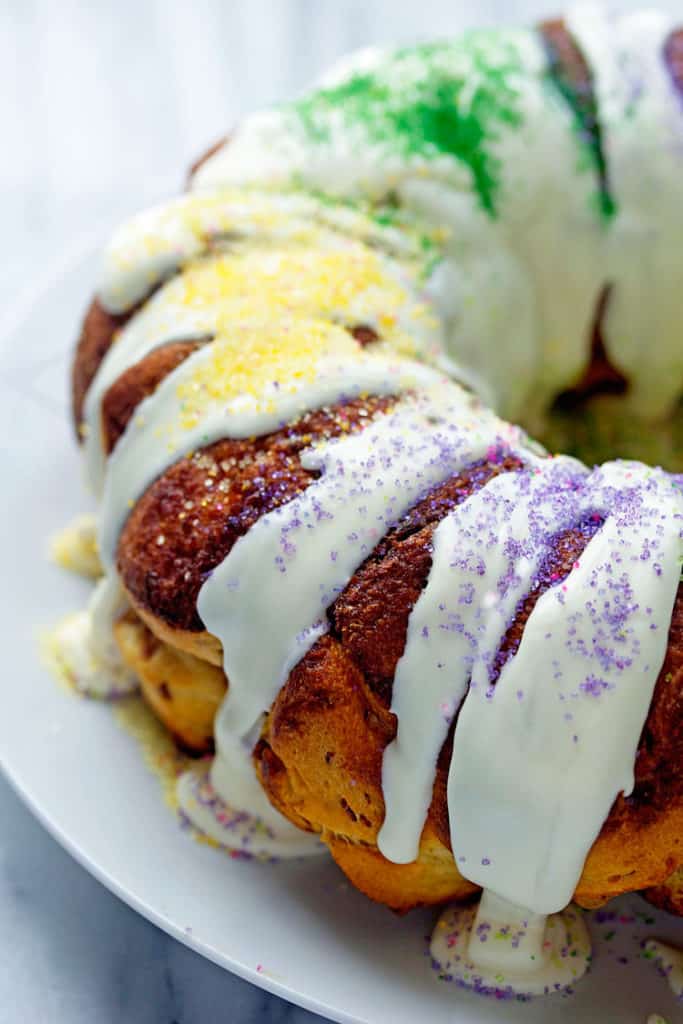 HOW TO MAKE KING CAKE

If you like this Mardi Gras King Cake, you’ll fall in love with some of my other New Orleans
recipes.
*Did you make this recipe? Please give it a star rating and leave comments below!*
**Post a photo of how your version of the recipe came out on Instagram (using #grandbabycakes)!!** 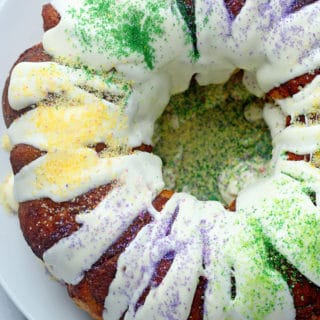 Add tiny plastic baby if you wish to the cinnamon roll dough before baking.