My famous Cinnamon Roll Pound Cake, Featured on TODAY Show and Rachael Ray, is a moist sour cream pound cake with a buttery cinnamon swirl dancing through the inside that’s finished with a decadent cream cheese icing.  Featured in my cookbook Grandbaby Cakes, it is to die for!  If you love this cake, you will also love this Big Mama’s Sour Cream Cake, HoneyBun Cake, Sock It To Me Cake, and these Cinnamon Roll Biscuits. 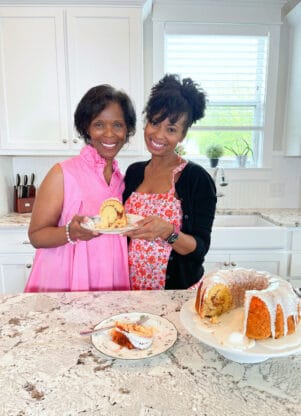 It is a thick buttery and brown sugar based mixture that is hefty enough to stand up in the thick batter of the cake.  The addition of the flour helps with that so it retains its rightful and important place in this cake.  You can swirl this part with a skewer or cake knife.  Totally up to you!  If you have your kids involved, make sure to use a skewer for safety.  Like this Cinnamon Roll Monkey Bread, it is so much fun! 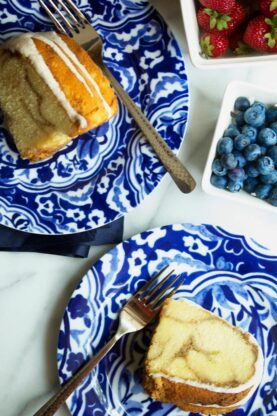