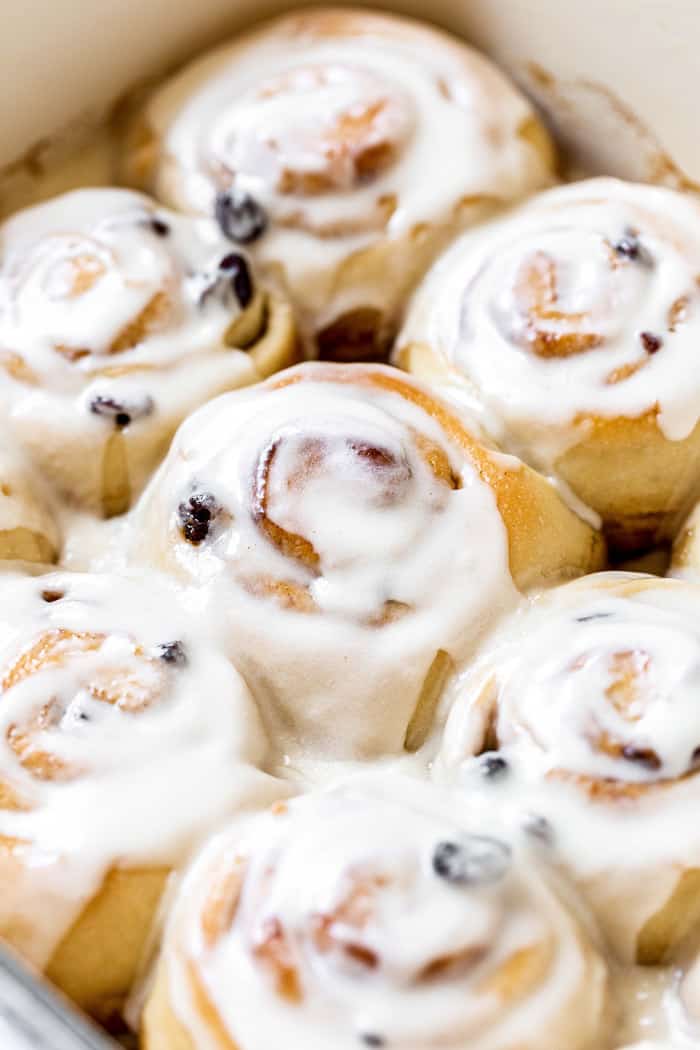 Cinnamon rolls are a staple of the quintessential American bakery. It seems as though you can walk into almost any bakery, any day of the week, and find the warm pastries oozing with icing. But where did this pastry first come to life? 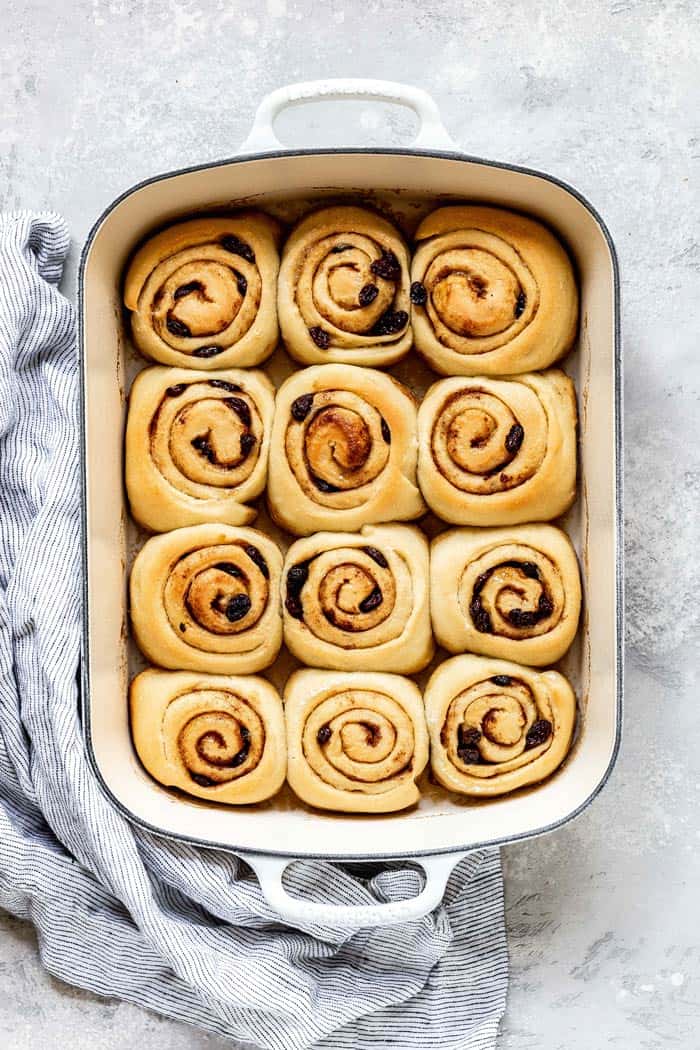 What are Cinnamon Buns?

After countless different versions of buns created from this dough, Swedish bakers finally added cinnamon to their recipes. And that folks, was the moment a star was born.

What Makes these Soft Cinnamon Rolls So Special?

The recipe I’m sharing with you today is one that is near and dear to my heart. My good friend Maria Lichty, a fellow food enthusiast, shared this recipe in her latest cookbook Two Peas & Their Pod. Her cinnamon rolls are inspired by her father who used his late-mother’s recipe to establish family traditions and create unforgettable family moments.

Some of the best recipes I share with you all are based in my own childhood memories and family traditions. Whether it’s as simple as my Big Mama’s pie crust or something a bit more complex, the memories they hold remain the same. When you allow meaning and love to seep into your recipes I guarantee they taste just a little better. 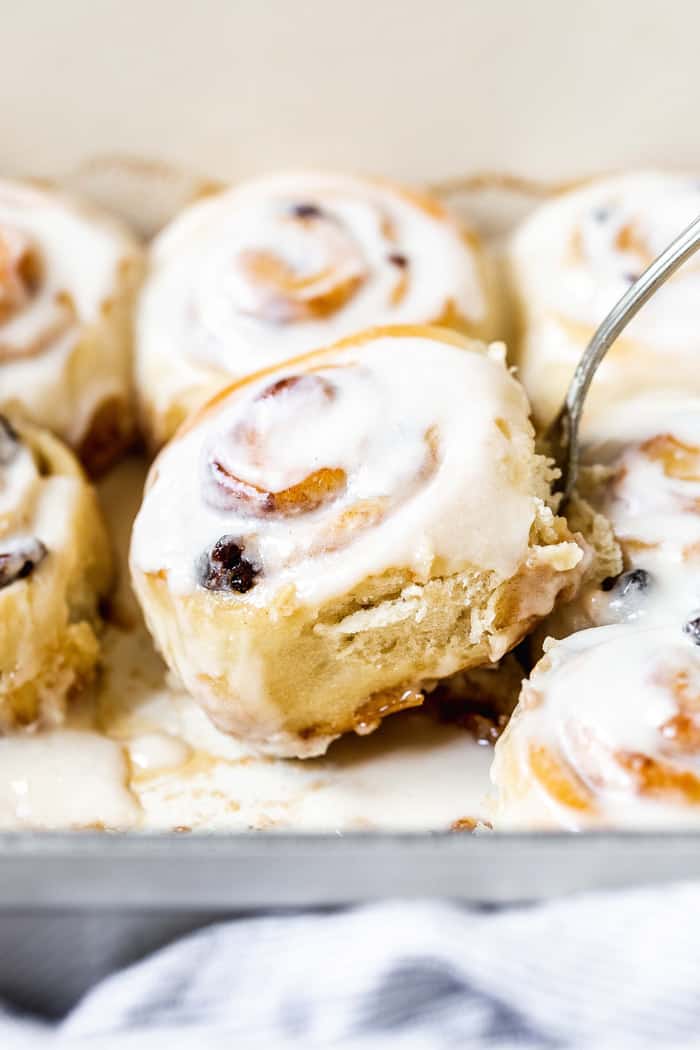 How To Make Cinnamon Rolls from Scratch

Now, I know that Cinnamon Rolls from scratch can be both time consuming and just a general pain in the you-know-what. But when was the last time you regretted taking the time to make them?

To me, a good cinnamon roll is made with a flavorful dough, a solid filling, and an almost-too-sweet-sticky frosting. But a great recipe is just the start:

Think of this recipe as a guideline, a skeleton for you to build on and perfect with solid technique. Though it is a personal learning process, I’ve got a few building blocks to help you along the way. 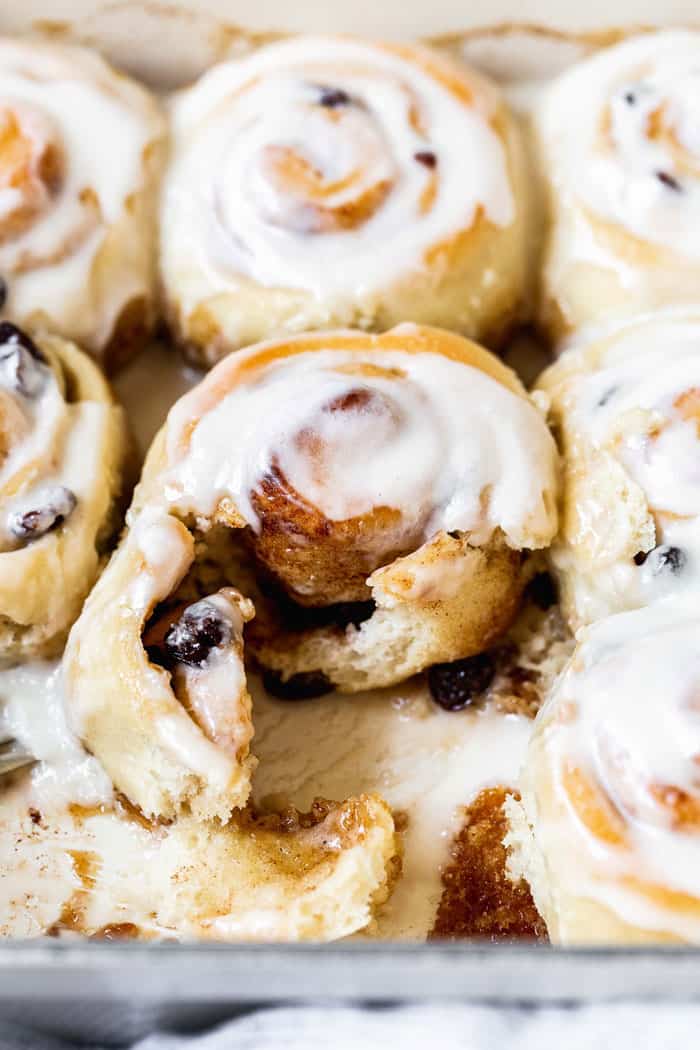 How to Work With Cinnamon Buns Recipe Dough

I don’t know about you but I don’t particularly enjoy having to wake up at the crack of dawn just to make sure my cinnamon rolls are done before noon.

Tip: Breaking up the work into two days can help save yourself the morning wake up call and improve your pastries. Instead, mix your dough the night before and refrigerate it overnight. Not only are you saving yourself time but the flavor of the dough will benefit from a slow rise overnight.

This is especially great for highly enriched dough, which tends not to rise as much as lean dough.

Cold enriched dough is also a lot easier to work with. If your dough is nice and cold then you can avoid a soft, soggy mess once you roll it out.

Mix up your dough, let it have its first rise, then pat it out onto a parchment-lined baking sheet. Keep your dough rectangular and even in thickness, it’ll come in handy in the final steps of the recipe. Then cover the dough with plastic wrap and transfer it to the fridge.

By the next morning your dough will be ready for its final assembly and baking. You can roll out of bed in your favorite pajamas, get to work and still have your rolls done in time to catch Today Show. Ooey, gooey and oh-so perfectly warm cinnamon rolls are the best way to start any day. Take my word for it. 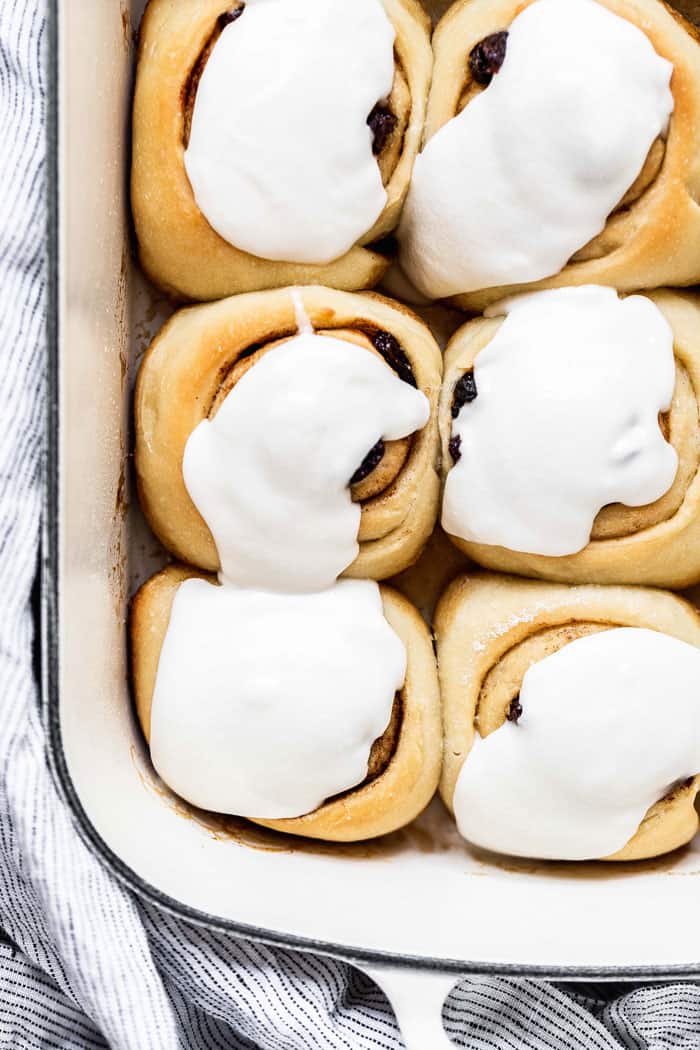 The icing for these homemade cinnamon rolls is super simple and easy to throw together.  With these simple ingredients, you create a wonderful frosting:

You will adore how easily this icing comes together.  It is absolutely delicious and decadent!

FIND THE PRODUCTS THAT MAKE THIS RECIPE GREAT! 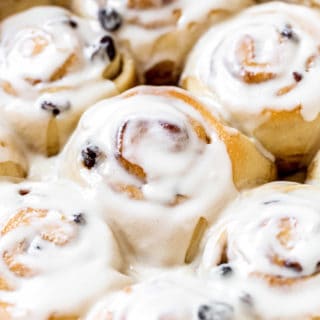 You can refrigerate the unrisen unbaked rolls overnight and bake them in the morning.  After you cut the dough into rolls and place in the pans, cover with plastic wrap and refrigerate.  In the morning, let the rolls come to room temperature so they can rise a little then bake and enjoy!