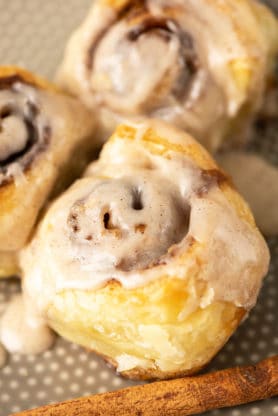 You will love my lazy chai cinnamon rolls that were inspired by Ina Garten, also know as the Barefoot Contessa.  She is my absolute favorite television chef.  I have whimsical dreams of being invited to visit her and Jeffrey at their amazing home in the Hamptons for a dinner party with all her fabulous friends.  I even imagine we are friends some days.  Yep, my husband pretty much thinks I’m crazy. 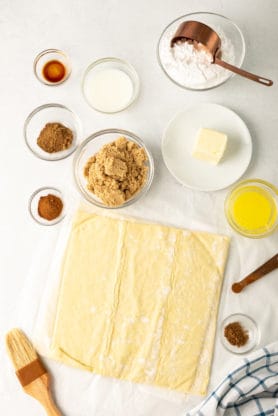 Ina is just the quintessential home chef.  I recently watched an episode (for the 15th time I think) during my weekly Food Network DVR marathon where she used puff pastry to create sticky buns.  I thought it was such a genius idea.  Cutting down on the cumbersome yeast dough step sounded so promising considering how busy I am.  As soon as Erin, a high school friend of mine, invited me to write a feature, I figured I would experiment with a concept for quick and easy cinnamon rolls with a twist since sticky buns and cinnamon rolls are first cousins. 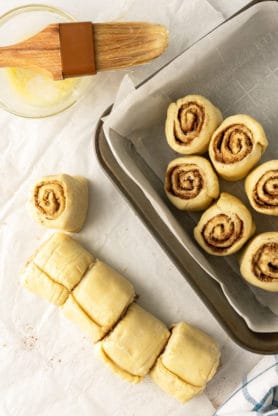 These cinnamon rolls are not just ordinary cinnamon rolls.  Oh no!  These are chai spiced cinnamon rolls which literally made me say “yum” out loud.  The best part was my taste testers thinking I spent the whole weekend slaving in the kitchen over these while I knew I was just a lazy bum who whipped these up in 30 minutes.  Enjoy!  I certainly did. 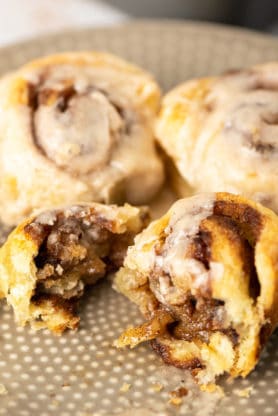 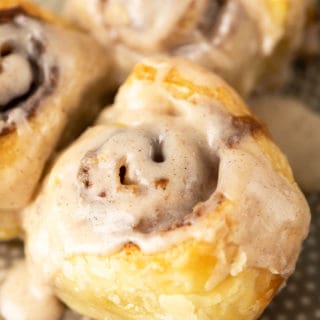 For the Chai Spice

For the Chai Spice

NOTE: I sometimes use my favorite chai spice from The Spice House in place of the homemade to speed things up.

If you love this Lazy Chai Cinnamon Rolls recipe, then you’ll really enjoy some of my other roll recipes.